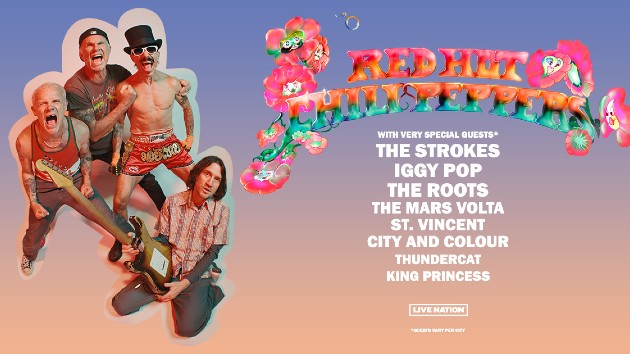 Red Hot Chili Peppers have not one but two albums’ worth of new material, so they’ll have plenty of songs to perform on their just-announced 2023 tour.

The tour, which comes in support of the band’s two number one 2022 albums — Unlimited Love and Return of the Dream Canteen — will start March 29 in Vancouver and run through July 23 in Glasgow, Scotland. The Glasgow show is a rescheduled date that was originally going to take place this past summer; existing tickets will be valid, but will be reissued for the new date.

The tour includes stadium dates and stops at music festivals, and the rotating slot of opening acts include The Strokes, Iggy Pop, The Roots, The Mars Volta, St. Vincent, Thundercat, King Princess and City and Colour.

Prior to the tour kicking off, RCHP will play eight shows in Australia and New Zealand in January, with opening act Post Malone.