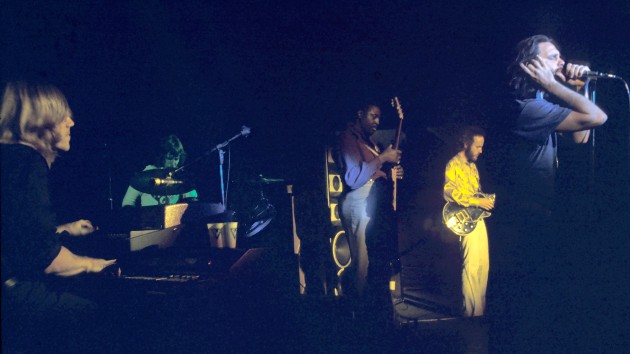 Fans of The Doors are finally getting to hear what’s being called their last known unreleased tune. The track, “Paris Blues,” has been released digitally for the very first time.

The track is part of The Doors’ contribution to Record Store Day Black Friday on November 25. That release, available at independent record stores, will be a limited-edition compilation of rare blues recordings, coming out on translucent blue vinyl. Only 10,000 numbered copies will be available, complete with an original painting by guitarist Robby Krieger.

Although it isn’t clear when “Paris Blues” was recorded, it is believed to be a product of The Doors’ sessions for either 1969’s The Soft Parade or 1971’s L.A. Woman. Keyboardist Ray Manzarek had the only copy of the song, although it was damaged by his son, Pablo, who, as a toddler, recorded over parts of it. It has now been reconstructed, with use of “creative editing.”