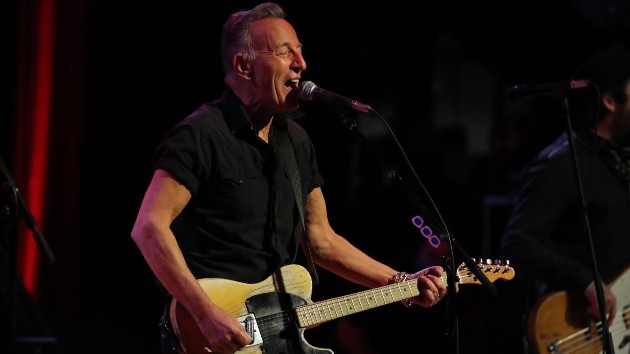 Before there was a Ticketmaster uproar over Taylor Swift tickets, Bruce Springsteen fans were angered over the ticket sales for his 2023 tour with the E Street Band, particularly the site’s dynamic pricing, which shot up ticket prices. Well, now Bruce is commenting on the whole mess.

Bruce tells Rolling Stone when he usually tours, he has his people see what other artists are charging and says “let’s charge a little less.” He insists that throughout his career he’s “been under market value,” sharing, “I’ve enjoyed that. It’s been great for the fans.”  But, he says, “This time I told them, ‘Hey, we’re 73 years old. The guys are there. I want to do what everybody else is doing, my peers.’ So that’s what happened. That’s what they did.”

Bruce acknowledges these days ticket buying “has gotten very confusing,” but says, “most of our tickets are totally affordable.” Regarding dynamic pricing, he notes there’s always going to be brokers who sell the tickets for more, so his thought is “why shouldn’t that money go to the guys that are going to be up there sweating three hours a night for it?” He adds, “I know it was unpopular with some fans. But if there’s any complaints on the way out, you can have your money back.”

As for the backlash, The Boss says, “Well, I’m old. I take a lot of things in stride. You don’t like to be criticized. You certainly don’t like to be the poster boy for high ticket prices,” adding, “…You have to own the decisions you have made and go out and just continue to do your best.” He notes, “I think if folks come to the show, they’re going to have a good time.”