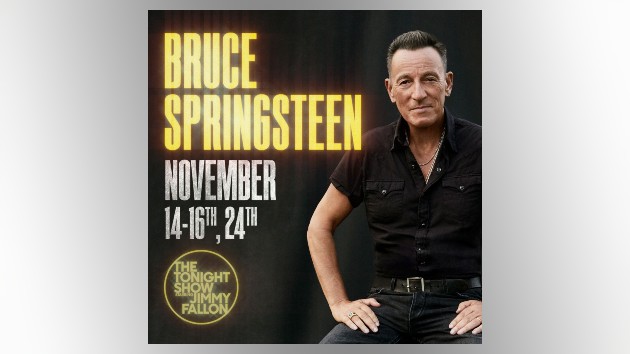 Bruce Springsteen is staging a takeover of The Tonight Show Starring Jimmy Fallon.

The Boss will appear on the NBC show four times over the next couple of weeks. From Monday, November 14, to November 16, Bruce will be a lead guest on the show and will perform four songs from his new album, Only the Strong Survive, which is coming out this Friday. Then he’ll appear on November 24 during the show’s special Thanksgiving episode.

While this will be the third time Springsteen has appeared on Fallon’s show, surprisingly, the upcoming appearances will be his first musical performances on it.

As previously reported, Only the Strong Survive features covers of soul classics by the likes of The Four Tops, Ben E. King, The Temptations, The Supremes, Jerry Butler, Jimmy Ruffin and The Commodores.

The Fallon performances may give fans a taste of what they can expect on Bruce’s upcoming tour with The E Street Band — their first trek in six years. It launches February 1 in Tampa, Florida.