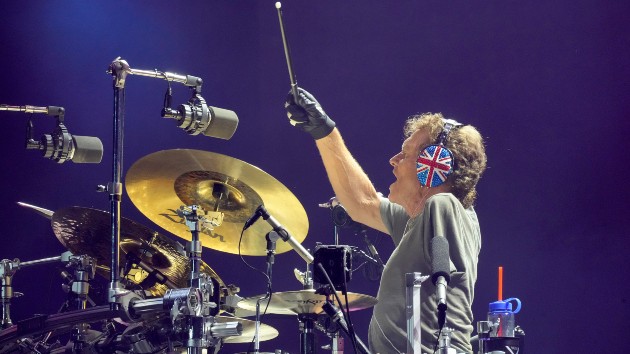 Back in the ’80s, Def Leppard drummer Rick Allen pulled off one of the more impressive second acts in music: After losing his left arm in a car accident, he taught himself how to drum with one arm and his feet — and Def Leppard went on to release the best-selling album of their career, Hysteria. But looking back now, Allen admits he was at a very low point following the accident.

“I really didn’t want to be here and I felt very defeated,” Allen tells Page Six, adding that he felt “very awkward” and “self-conscious.” Allen, who was just 21 when he nearly died in the accident, said the people around him helped him realize he still had something to live for.

Allen said he received “a lot of encouragement” from “my peers, a lot of fans, my family,” adding, “They all tried to help lift me up and then finally I got it. I got to a point where I realized I can do this.” He adds, “It wasn’t until after the fact that I discovered the power of the human spirit and that’s what really propelled me to where I am now.”

Allen is currently touring with his wife, Lauren Monroe; Wednesday night they’ll perform in New York City. He’s also organized an online event for Friday, which is Veterans Day, called 12 Drummers Drumming: Finding the Rhythm to Heal. It’s a benefit for their Raven Drum Foundation, which helps veterans with trauma recovery via alternative medical programs, including drummer circles. You can watch at 12drummersdrumming.org.