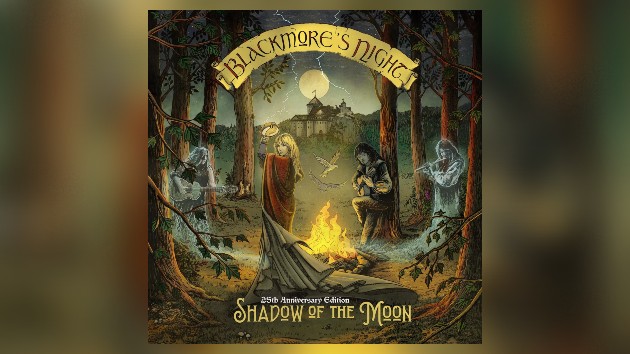 Blackmore’s Night, the group featuring ex-Deep Purple guitarist Ritchie Blackmore and his wife, Candice Night, has been making their brand of traditional medieval and folk rock music for 25 years — and they’re going to mark that milestone with a special release.

On March 10, 2023, a 25th Anniversary Edition of Shadow of the Moon, the debut album by Blackmore’s Night, will arrive. You can listen to the 25th Anniversary mix of the album’s title track now. The package includes two previously unreleased acoustic versions of “Spirit of the Sea” and “Shadow of the Moon,” recorded by Blackmore and Night in 2022.

The physical copies of the album feature a bonus DVD with a making-of documentary and videos for “Shadow of the Moon,” “No Second Chance” and “Renaissance Faire.”

If you buy the album as a two-LP vinyl set, you may discover a Golden Ticket inside. Only two albums will have this ticket, but if you’re one of those two lucky fans, you’ll win a Fender Ritchie Blackmore Signature Stratocaster guitar.