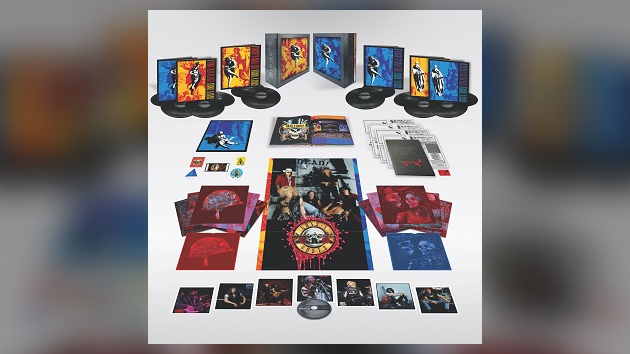 The “Welcome the Jungle” rockers have released a new version of the Use Your Illusion epic, recorded alongside a 50-piece orchestra. Grammy-winning composer Christopher Lennertz arranged the orchestration and served as the conductor.

The orchestra-accompanied “November Rain” is one of the many bonus tracks featured on the upcoming reissue of GN’R’s Use Your Illusion I and II albums, due out November 11. The super deluxe box version of the reissue will be available as eight-CD and 12-LP collections, and includes a hardcover photo box and various memorabilia.

Use Your Illusion I and II were originally released simultaneously in September 1991 and debuted at the top two spots on the Billboard 200. The nearly nine-minute “November Rain” was released as a single off Use Your Illusion I in 1992 and is among the longest songs to chart on the Billboard Hot 100. The song’s theatrical — and historically expensive — video has over one billion views on YouTube.