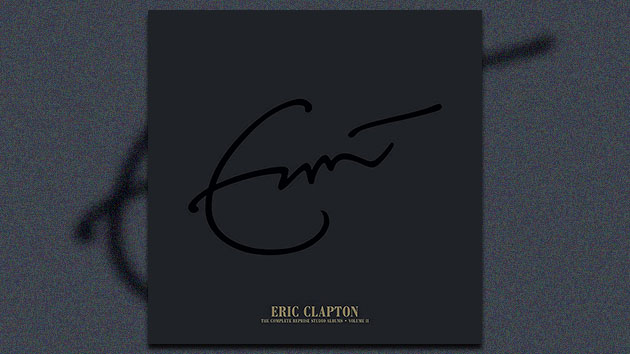 Last August saw the release of The Complete Reprise Studio Albums – Volume I, a vinyl box set featuring remastered versions of Eric Clapton‘s first six studio efforts for the Reprise label. Should you find yourself in need of a late holiday present this year, good news: volume two is right around the corner.

Eric Clapton: The Complete Reprise Studio Albums — Volume 2 will be out January 13, and “combines remastered versions of five solo studio albums Clapton recorded with Reprise between 2001 and 2010 with an additional LP of rarities selected from the same era,” according to the label.

The set includes newly remastered versions of five studio albums released over nine years, all pressed on 180-gram vinyl: 2001’s Reptile, featuring the Grammy-winning title track; 2004’s Me & Mr. Johnson, featuring covers of songs by Delta blues legend Robert Johnson, and the companion album Sessions for Robert J; the Grammy-winning and RIAA Gold-certified Back Home, from 2005; and 2010’s Clapton. All the albums will be released as double LPs, with the exception of Sessions for Robert J, which will be a single disc. The box set also marks the first time that album will be released on vinyl.

Additionally, the Rarities Vol. II 2001-2010 disc includes eight tracks, including the newly remixed bonus track “Midnight Hour Blues,” which you can get a taste of now.

You can pre-order Eric Clapton: The Complete Reprise Studio Albums — Volume 2 now via Rhino Records or Clapton’s official website. Volume I is still available both places as well.