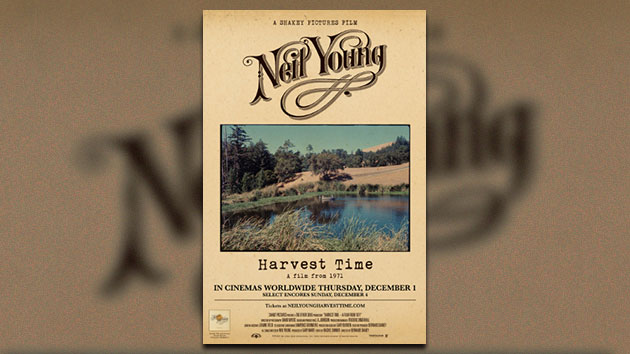 December’s a big month for Neil Young fans. Not only is the rock legend releasing a box set commemorating the 50th anniversary of his landmark Harvest album, we’re also getting a film documentary to go along with it.

Neil Young: Harvest Time “takes viewers on an intimate journey to Young’s Broken Arrow Ranch in Northern California for the ‘Harvest Barn’ sessions, to London for an iconic performance with the London Symphony Orchestra, and to Nashville where the then 20-something Neil Young worked on various tracks of this signature album,” according to the distributor, Trafalgar Releasing.

The film, shot between January and September 1971, includes footage of Young creating and recording Harvest classics like “Old Man” and “Heart of Gold,” as well as other songs from the RIAA-certified four-times Platinum album. You can watch a clip from the film now.

“I was 24, maybe 23 and this album made a big difference in my life,” Young says of Harvest. “I had a great time and now when I listen to it, I think I was really just lucky to be there. I hope you enjoy this story, which is Harvest Time, and which talks about everything that happened.”