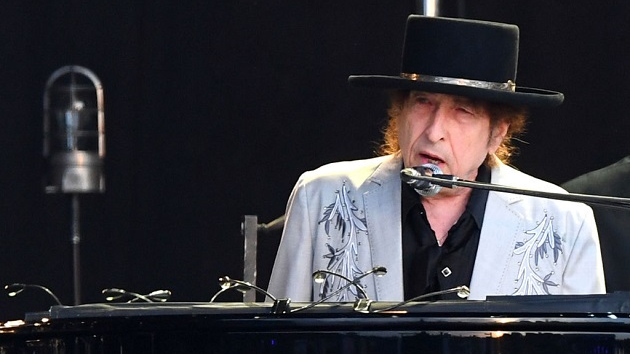 According to a recap posted at MaximumVolumeMusic.com and shared by Dylan’s Facebook page, the legendary singer/songwriter announced to the audience at the near of the gig, “Jerry Lee is gone, but he’s in all our hearts, so we are going to play one of his songs.”

Dylan and his band then proceeded to play “I Can’t Seem to Say Goodbye,” a song written by Don Robertson and first recorded by Lewis in 1969. Jerry Lee’s version appeared on his 1970 album A Taste of Country and was released as a single that peaked at #7 on the Billboard country chart.

As Variety points out, Lewis previously recorded a Dylan song called “Rita May” and released it on his self-titled 1979 album. “Rita May” was a rarity that Bob co-wrote with lyricist Jacques Levy during the sessions for his 1976 album Desire.

Dylan continues his U.K. tour with a show Monday night in Glasgow, Scotland.

Meanwhile, Bob is set to release his new book, The Philosophy of Modern Song, on Tuesday. The book, which can be preordered now, features essays about over 60 different tunes by various artists and songwriters that have impacted Dylan over the years.