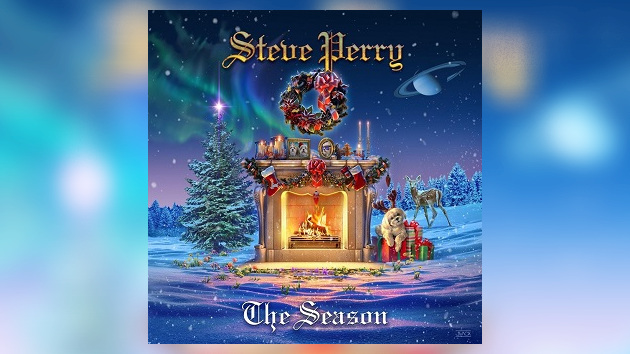 Former Journey singer Steve Perry has been teasing plans to release a new original holiday tune called “Maybe This Year,” and now the song has arrived as part of an expanded digital version of his 2021 yuletide album, The Season.

The Season Deluxe Edition, which is available now, features the album’s original eight songs, plus “Maybe This Year” and a cover of the classic Donny Hathaway holiday song “This Christmas.”

“I wanted to write an original Christmas song of my own, so Dallas Kruse and I began writing what became ‘Maybe This Year,'” Perry explains. “I wrote the lyrical sentiment about how the holidays can bring such joy and sadness and how for me, both these emotions give me connection to feelings of gratitude for so many years gone by, and a desire to hold on to these holiday feelings we share throughout the coming year.”

Steve also notes that “This Christmas” is one of his favorite Hathaway songs, adding, “I dedicate both these tracks to my friend Lamont Dozier.” Legendary Motown songwriter Dozier died in August at the age of 81.

Visualizer videos for “Maybe This Year” and “This Christmas” have been posted on Perry’s official YouTube channel.

The Season features Perry’s understated take on a variety of well-known Christmas tunes.

Here’s the full track list of The Season Deluxe Edition: