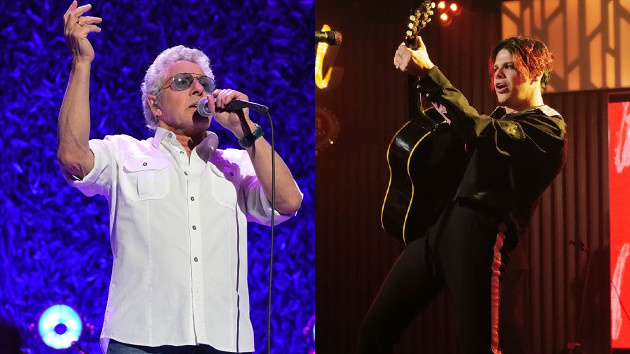 The Who‘s Roger Daltrey and contemporary British rocker Yungblud interview each other for the latest installment of Rolling Stone‘s “Musicians on Musicians” series.

During the conversation, Daltrey, 78, tells Yungblud he thought the 25-year-old singer’s latest album was “uplifting” and praises the way he uses “the crowd-singing sound” in his mixing.

Roger goes on to complain that a lot of popular music in recent years has lacked strong vocals and harmonies, then discusses why he loves The Beach Boys.

“When you listen to the songs of the Beach Boys and the harmonies and all that stuff, it truly lifts your spirits,” Daltrey notes. “We really need it these days. Too many solo voices singing mediocre lyrics.”

The rockers also share negative opinions about the reality singing competition The Voice.

Daltrey says he was asked to be a judge on show — presumably the U.K. version — but he declined.

Yungblud, meanwhile, reveals that before his career took off, he was approached by a label that wanted to have him compete on The Voice.

“I remember them saying, ‘We’ll put you on The Voice, and if you win it, we’ll sign you. But you can’t sing about politics,'” he continues. “I was starting to write about sexuality, fashion, gender … And I just said no.”

Elsewhere in the interview, Daltrey and Yungblud talk about The Who’s influence on fashion during the 1960s, the way social media affects today’s artists and their mutual love of Oasis.

“I wish [Oasis] would just get back together,” Daltrey says.