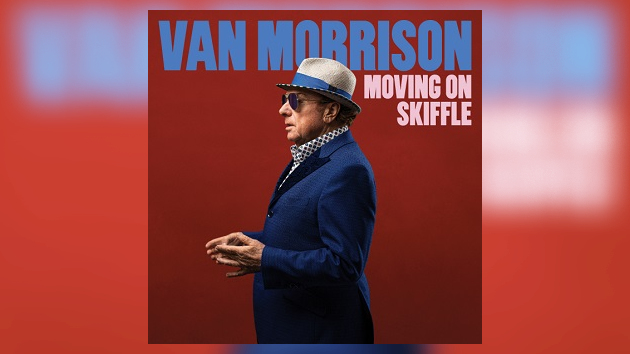 Van Morrison celebrates his lifelong love of the folk-influenced skiffle genre on his forthcoming studio album, Moving On Skiffle, which will be released March 10.

The 23-track collection will be available as a two-CD set, as a two-LP vinyl package, on cassette and via digital formats.

Skiffle, a form of folk music showcasing simple acoustic instruments, was popularized in the United Kingdom in the 1950s, particularly after the success of Lonnie Donegan‘s hit 1954 version of Lead Belly‘s “Rock Island Line.”

“I was still in school when I performed with a skiffle band — a couple of guitars, washboard, tea-chest bass,” Van recalls. “I was already familiar with Lead Belly’s recordings, so when I heard Lonnie Donegan’s version of ‘Rock Island Line’ I intuitively understood what he was creating, I knew that it was what I wanted to do. It was like an explosion. This record retranslates songs from that era.”

The album also features a version of the old blues song “Mama Don’t Allow,” which Morrison has reworked and retitled “Gov Don’t Allow,” a nod to his fight against what he characterizes as government’s recent interference in people’s daily lives.

Morrison has released his version of “Streamline Train” — a song written in the 1930s by Mississippi bluesman Red Nelson that became a 1957 hit for The Vipers Skiffle Group — as the lead single from the album.

Van will celebrate the album’s release with a series of shows in London and Belfast in March and April, respectively.