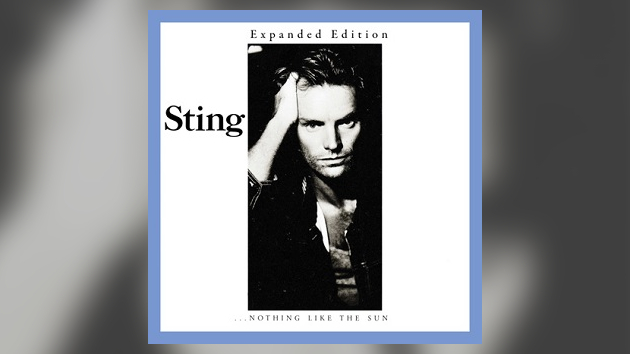 Sting has released an expanded, digital-only edition of his hit second solo album, 1987’s …Nothing Like the Sun, in honor of its 35th anniversary.

Originally released on October 5, 1987, the album peaked at #9 on the Billboard 200 and yielded two top-20 singles, “We’ll Be Together” and “Be Still My Beating Heart,” which reached #7 and #15, respectively, on the Billboard Hot 100. The album also featured the gem “Englishmen in New York,” which was a minor chart hit.

Recorded just a few months after the death of Sting’s mother, …Nothing Like the Sun featured mainly subdued and introspective tunes, with the exception of the exuberant “We’ll Be Together.”

As Sting explained in the original liner notes, “I look back on this album, and I realize that the record is about my mother, although I didn’t see it at the time. It’s about mothers and daughters, mistresses and wives, sisters… Every song has one of these themes. It surprised me.”

Several noteworthy guitarists contributed to various tracks on the record, including Sting’s Police bandmate Andy Summers on “The Lazarus Heart,” Hiram Bullock on a cover of Jimi Hendrix‘s “Little Wing,” and Mark Knopfler and Eric Clapton on “They Dance Alone.”

Among the bonus tracks on the expanded edition of the album are multiple alternate versions and mixes of “Englishman in New York,” “Fragile” and “We’ll Be Together.”