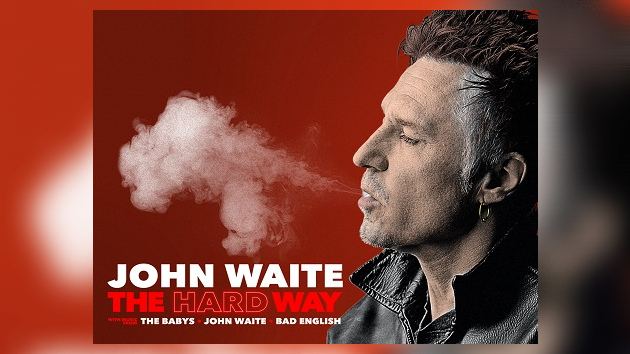 John Waite is the subject of a new documentary titled John Waite — The Hard Way, which will premiere on December 6 via a variety of on-demand streaming services.

The film will also be released on DVD and Blu-ray at Amazon.com.

The documentary features candid interviews with the 1980s pop-rock star shot during the COVID-19 shutdown, while the singer was dealing with the isolation and inability to tour because of the health crisis.

The movie looks at Waite’s whole career, from his years fronting the pop-rock group The Babys, to his successful solo career, to his work with the supergroup Bad English — which also featured Journey‘s Neal Schon and Jonathan Cain — and beyond.

The documentary includes rare archival footage and photos, as well as interviews with award-winning songwriter Diane Warren, guitarist Neil Giraldo and many others. The movie also features footage of Waite touring with Ringo Starr‘s All Starr Band and his collaboration with acclaimed country/bluegrass artist Alison Krauss.

“Opening the front door at the crack of dawn in my boxers to a film crew signified how the documentary would go,” says Waite about the making of the movie. “It’s an unvarnished take on my life, just the cold, hard truth.”

You can check out a trailer for John Waite — The Hard Way now on YouTube.

Meanwhile, Waite has a couple of U.S. headlining gigs in late October that will be followed by a series of dates opening for Christopher Cross next month. Check out his full schedule at JohnWaiteWorldwide.com.