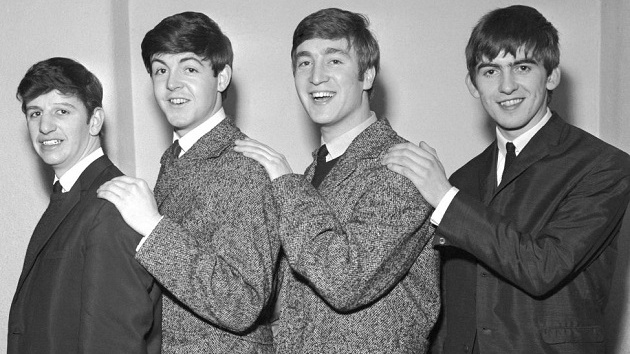 Wednesday, October 5, marks the 60th anniversary of the release of The Beatles‘ first U.K. single, “Love Me Do.”

According to BeatlesBible.com, the Fab Four had first recorded the song with original drummer Pete Best on June 6, 1962, at London’s EMI Studios — later Abbey Road Studios. Then, after Ringo Starr had replaced Best, the band took a second crack at the song at EMI on September 4 of that year.

Producer George Martin wasn’t happy with the quality of Ringo’s drumming on that version, so The Beatles reconvened once more time at EMI, on September 11, 1962, with session drummer Andy White sitting in and Starr on tambourine.

Initial copies of the “Love Me Do” single actually featured the version with Ringo, although the one with White was included on The Beatles’ debut U.K. album, Please Please Me, and The Beatles’ Hits EP, which were released in 1963 in March and September, respectively.

The “Love Me Do” single peaked at #17 on the U.K. chart. The version with White on drums also appeared on the Fab Four’s debut U.S. album, Introducing The Beatles, which was released in January 1964. Issued as a U.S. single in April ’64, it spent one week at #1 on the Billboard Hot 100 in May of that year.

As previously reported, The Beatles Story in Liverpool, U.K., is marking the 60th anniversary on Wednesday by inviting fans to bring their Beatles or Beatles-era memorabilia to the popular Fab Four-themed attraction, where experts from a specialist Beatles auction house will appraise the items for free.