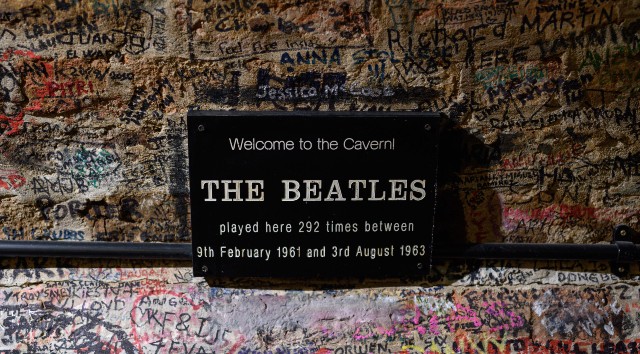 Wednesday marks the 60th anniversary of the release of The Beatles’ debut single, “Love Me Do.” But the Beatles-themed Liverpool attraction The Beatles Story has just posted newly discovered photos of the band playing at Liverpool’s The Cavern Club more than a year before that single came out.

The two photographs were taken in July 1961, when George Harrison, Paul McCartney and John Lennon were 18, 19 and 20, respectively. Their drummer at the time was Pete Best, who was also 19.

Beatles historian Mark Lewisohn says the photos show the band right after they’d returned from performing for 90 days in Hamburg, Germany. He notes that they all look very thin, likely due to an insane schedule that saw them spend 500 hours onstage over those three months. They’re also wearing leather trousers and cotton shirts, a combo Lewisohn says never showed up in previous photos.

Four months after the photo was taken, Brian Epstein saw the Beatles for the first time at The Cavern Club and soon after offered to manage them.

In honor of the single’s 60th birthday, fans are invited to bring their Beatles or Beatles-era memorabilia to The Beatles Story attraction Wednesday, where it’ll be appraised for free, Antiques Roadshow-style, by a specialist Beatles auction house.