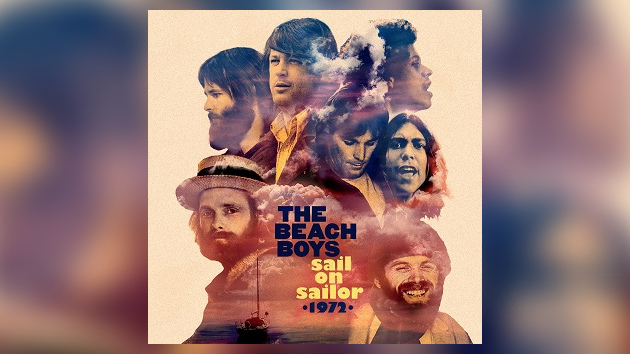 The 105-track collection, due out November 18, will be available as a five-CD set, via digital formats and as a vinyl package featuring seven LPs and one EP.

Sail On Sailor – 1972 features newly remastered versions of the two albums as well as 80 previously unreleased recordings. Among the latter are unreleased outtakes, alternate versions and mixes, isolated backing tracks and more from the recordings sessions and live performances from the era.

The collection features the Mount Vernon and Fairway (A Fairytale) EP, which originally was included as a bonus disc with Holland, and a full concert that The Beach Boys played at Carnegie Hall in November 1972.

One of the live tracks, a rendition of Carl and the Passions lead song, “You Need a Mess of Help to Stand Alone,” has been released as an advance digital single.

Carl and the Passions — “So Tough” saw the Beach Boys welcome two new members to the lineup, Blondie Chaplin and Ricky Fataar, who played together in a South African group called The Flames.

Chaplin and Fataar played on both Carl and the Passions and Holland, which peaked at #50 and #36, respectively, on the Billboard 200. The highest-charting single released from the albums was Holland‘s “Sailor On Sailor,” which reached #49 on the Billboard Hot 100 and became a popular radio track.

The Sail On Sailor – 1972 collection, which can be preordered now, will also be released in abbreviated versions, including a one-EP package, two-CD set and a two-LP.