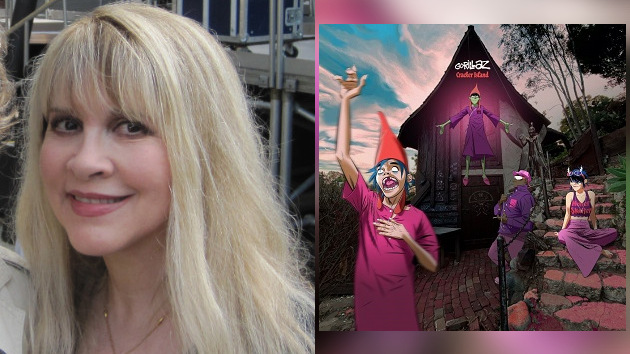 Stevie Nicks is featured on a track called “Oil” on the upcoming album by the virtual alternative-rock group Gorillaz, Cracker Island, and the two-time Rock & Roll Hall of Fame inductee says she only one “demand” for taking part in the song.

Speaking with Zane Lowe on Apple Music 1, Nicks shares that she requested to be in the video for the track.

The Fleetwood Mac singer and solo star continues, “I said, ‘This is my one demand that I will make.’ And so, they’re doing it as we speak.”

Nicks adds that she’s “so proud” of the collaboration, which she describes as “somewhere between love and war.”

Cracker Island will be released February 24, 2023. It also features collaborations with artists including Beck, Tame Impala, Bad Bunny and Thundercat.