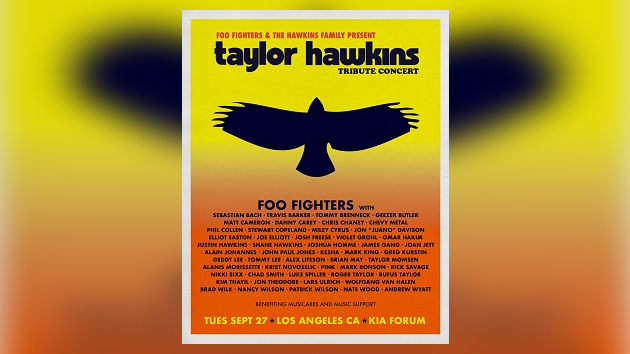 Additionally, The Darkness frontman Justin Hawkins and pop star Kesha, who performed at the London tribute earlier this month, have been added to the LA lineup.

Additionally, Dave Grohl‘s daughter Violet and Hawkins’ son Shane will perform. Foo Fighters’ performance of “My Hero” with Shane on drums was widely considered to be one of the main highlights of the six-hour London concert.