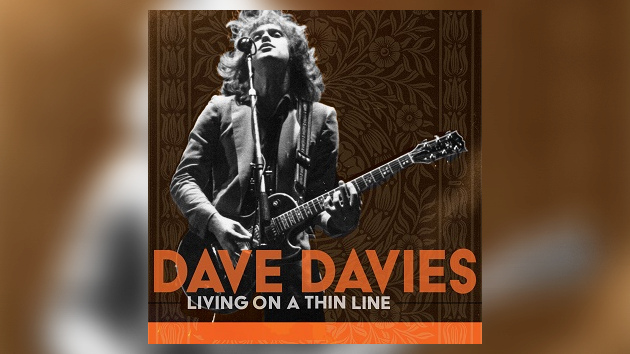 The Kinks‘ Dave Davies recently released a solo compilation called Living on a Thin Line, a musical companion to his new memoir of the same name.

One of the new mixes is of a 1999 live version of the classic Dave-penned 1971 Kinks song “Strangers,” recorded at a concert at Wisconsin’s Marian College.

“I have always thought [that rendition] was my favorite … recorded version of [‘Strangers.’]” Davies tells ABC Audio. “So we messed around with that [recording] a bit. Simon Davies added some bits of keyboards. He added some little audio improvements … And I’m very happy with it.”

The other new mix is of “This Is the Time,” a tune that appeared on Davies’ 2007 album Fractured Mindz, the first record Dave released after suffering a debilitating stroke in 2004.

Dave explains that the song is about embracing a youthful attitude about looking toward the future.

“‘This Is the Time’ is my heartfelt optimism about what we’re capable of, and maybe where we’re going,” he says. “[M]aybe this is the time to really make things happen. You know, like they thought in the [days] … before the Vietnam War … All the youth were in uproar, and the ‘Flower Power’ thing.”

The Living on a Thin Line compilation can be purchased now on CD now via Amazon. A two-LP version of the album will be released on January 13, 2023.