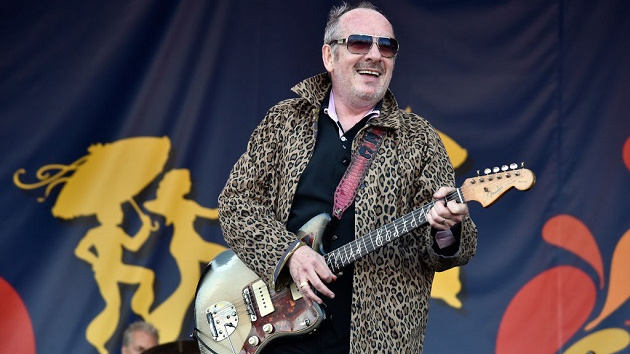 Elvis Costello has announced plans for a unique, 10-night stand dubbed 100 Songs and More that will take place from February 9 to February 23 at New York City’s Gramercy Theatre.

Costello will perform a completely different set each night and will play more than 200 of his songs over the course of the engagement. Elvis has confirmed 10 tunes that he’ll perform at each show; he’ll play at least 10 additional songs during every gig.

The first five concerts will feature Costello performing solo; he will be joined by his Attractions and Imposters keyboardist Steve Nieve at the remaining five shows. Elvis penned a clever poem that hints that some surprise guests may also be joining him during the run. For more information, visit ElvisCostello.com.

Tickets for the 100 Songs and More concerts go on sale to the general public this Friday, September 23, while presale tickets are avaiable to Citi card members through the company’s Citi Entertainment program. Visit CitiEntertainment.com for more details.

In other news, Costello has two special charity shows scheduled on September 30 at San Francisco’s Great American Music Hall. The concerts will feature him playing tunes by late Grateful Dead frontman Jerry Garcia and Garcia’s longtime songwriting partner Robert Hunter. The event will raise money for Prader-Willi Homes of California, a charity dedicated to the creation of a residential center for people with Prader-Willi syndrome and other developmental disabilities.

In addition, Costello will be performing at the Hardly Strictly Bluegrass Festival at San Francisco’s Golden Gate Park on October 1.