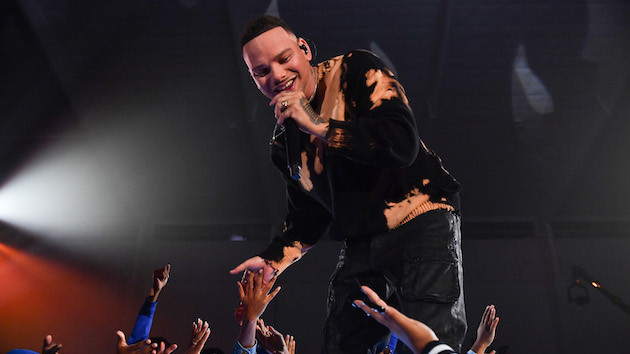 Kane Brown is headed overseas next month for his Drunk or Dreaming Tour, but after he wraps those dates, he’ll bring the trek back to home turf.

The singer just announced a U.S. leg of the Drunk or Dreaming Tour, which will kick off March 16 in Grand Rapids, Michigan. The 20+ U.S. dates will keep him busy through June.

Among the newly-announced Drunk or Dreaming Tour dates is a hometown stop at Nashville’s Bridgestone Arena on March 31. That show marks the first time he’s ever headlined Bridgestone. He’s also planning stops in South Carolina, Kansas, California and more, and towards the end of the stretch, he’ll make his way to Florida for two back-to-back shows in St. Augustine.

Tickets for the U.S. dates go on sale September 9, which just so happens to be the same day that Kane’s new Different Man album arrives.