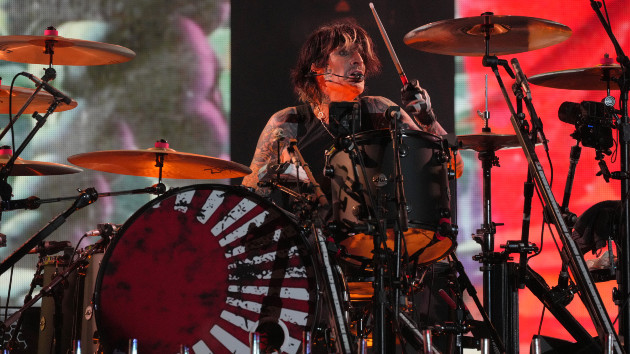 The Tommy Lee Instagram photo saga took a punny turn during Mötley Crüe‘s concert in Los Angeles over the weekend.

A couple weeks back, the drummer posted a full frontal nude photo of himself that left nothing at all to the imagination on his Instagram. The photo was eventually removed from the social media platform for violating its content guidelines.

At the LA show Saturday, Lee told the audience that he’d gotten “drunk as f***” before posting the photos. He then asked the crowd, “They took them down from Instagram, do you want to see my wiener?”

Cut to Lee rustling around in his pants to pull out what appeared to be a real, live dachshund aka a “wiener dog.”

Lee posted a video of his “wiener” reveal on his Instagram, which, unlike his other posts, is still up.

Mötley Crüe is currently on tour with Def Leppard, Joan Jett & the Blackhearts and Poison. The outing continues Wednesday in Seattle.