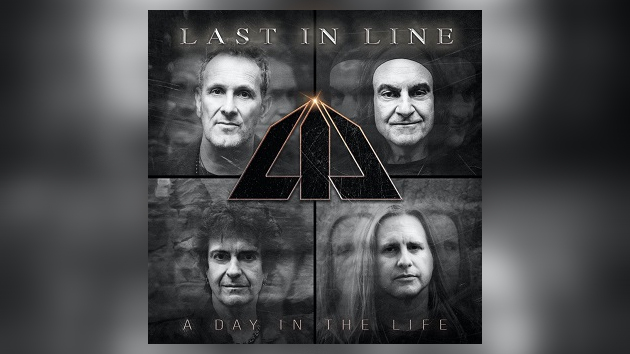 Def Leppard currently is rocking the U.S. on The Stadium Tour with Mötley Crüe, Poison and Joan Jett & the Blackhearts, but after that trek wraps up on September 9, guitarist Vivian Campbell will hit the road with his side group Last in Line for another stateside outing.

Last in Line’s tour kicks off September 23 in Laconia, New Hampshire, and currently is mapped out through a November 23 show in Huntington, New York. So far, 18 dates have been confirmed, but more are expected to be added.

The trek will support Last in Line’s A Day in the Life EP, which is due out on November 11 and will feature the band’s recently released cover of the famous Beatles song of the same name.

Last in Line was formed in 2012 as a tribute to the band Dio after frontman Ronnie James Dio‘s death from cancer in 2010. The group features two Dio alums — Campbell and ex-Black Sabbath drummer Vinny Appice — as well as singer Andrew Freedman and one-time Ozzy Osbourne bassist Phil Soussan.