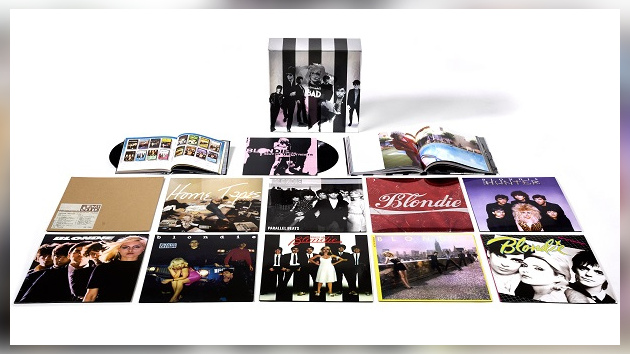 The retrospective, which is available in multiple formats and configurations, contains remastered versions of Blondie’s first six studio albums, as well as a variety of outtakes, demos, remixes, home recordings and other rarities.

“It’s a great collection,” founding Blondie drummer Clem Burke tells ABC Audio. “The first six albums have been remastered at Abbey Road, which we were happy about, ’cause we weren’t really satisfied with the way they were remastered the first time around…[T]his time we kind of took control of everything and…really kind of made it representative of the history of the band.”

Burke says a cool highlight of Against the Odds is a collection of demos recorded in 1974 and ’75 that includes an early version of Blondie’s chart-topping hit “Heart of Glass” titled “Once I Had a Love.”

Clem points out that besides “Once I Had a Love,” “the rest of the demos…have never really seen the light of day in an official Blondie recording moving forward, so it’s good that they’re on there.”

The box set also comes with a book that includes new interviews with Burke, singer Debbie Harry and guitarist Chris Stein, as well as with the four main former members who played with the band between 1974 and 1982.

“[I]t’s great that everyone, all original seven members of Blondie, as it were, participated in the interviews,” Burke says.

Meanwhile, Burke explains that the box set’s title partly relates to “the fact that it’s kind of unbelievable that we’re still here and doing shows, and the amount of success that we’ve had over the years…with the music being the legacy of the band.”