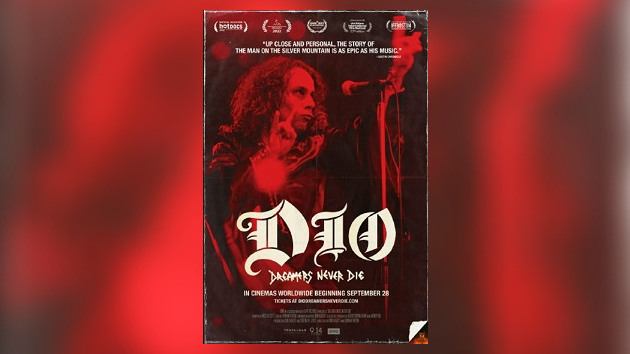 A trailer for the upcoming Ronnie James Dio documentary Dio: Dreamers Never Die has been released.

The 30-second clip, streaming now on YouTube, showcases some of those interviewed for the film, including Jack Black and Lita Ford.

“When you’re a kid, you’re looking for a voice that says, ‘This is my generation,'” the Tenacious D frontman says. “Then all of a sudden, here comes Ronnie James Dio.”

Dreamers Never Die is described as the “first-ever, career-spanning documentary” on Dio, who passed away from stomach cancer in 2010. The film will follow Ronnie’s life from his days with the bands Elf and Rainbow, to joining Black Sabbath in place of the fired Ozzy Osbourne and forming his own namesake band, Dio.

Dreamers Never Die will screen in theaters on September 28 and October 2. Tickets are available now via DioDreamersNeverDie.com.