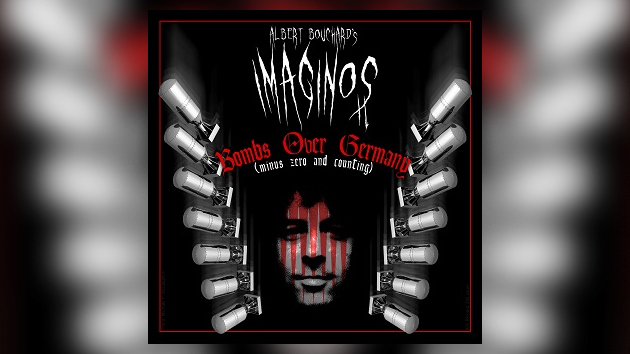 Former Blue Öyster Cult drummer Albert Bouchard has premiered a new video for his own version of his old band’s 1983 tune “Shadow of California,” which appears on his 2021 solo album, Imaginos 2 — Bombs over Germany (minus zero and counting).

The clip, which you can watch on YouTube, features footage of Bouchard singing and playing guitar, interspersed with scenes of him driving a car through city streets at night.

Imaginos 2 — Bombs over Germany is the sequel to Bouchard’s 2020 solo effort Re Imaginos, a reworked version of Blue Öyster Cult’s 1988 concept album Imaginos.

Imaginos 2 is the second installment of a planned trilogy of albums from Bouchard featuring songs based on the writings and poems of late Blue Öyster Cult manager, producer and songwriter Sandy Pearlman about an alien conspiracy that comes to fruition during the late 1800s and early 1900s through the actions of an evil character named Imaginos.

Imaginos 2 can be ordered now on CD and vinyl at DekoEntertainment.com, and limited-edition bundles are also available.

In other news, Bouchard will be rejoining Blue Öyster Cult for a trio of special 50th anniversary shows taking place September 21-23 at Sony Hall in New York City. Each night will feature a full performance of a different album.