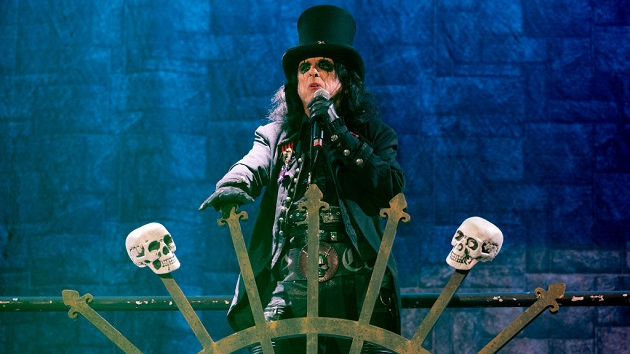 Alice Cooper will be celebrating Halloween weekend this year with The Original Misfits in the Lone Star State.

The shock rocker will join the reunited horror-punk icons — featuring original Misfits members Glenn Danzig and Jerry Only, along with longtime guitarist Doyle Wolfgang Von Frankenstein — at an October 29 concert at Dos Equis Pavilion in Dallas.

The Original Misfits will headline the event, which will feature Cooper as a special guest and The Distillers as the opening act.

Tickets go on sale to the general public this Friday, August 12, at 10 a.m. CT, with various presales available throughout the week. For all ticket info, visit AliceCooper.com and Misfits.com.

Danzig and Only reunited as The Original Misfits in 2016 — 33 years after the former left the group in 1983 — and have played a number of one-off shows since.

You can also catch the Misfits headlining Chicago’s Riot Fest in September, during which they’ll be playing their 1982 debut album, Walk Among Us, in honor of its 40th anniversary.

As for Cooper, the Dallas concert currently is the final date of a series of upcoming North American shows he has lined up this year. His itinerary kicks off September 7 in Bethlehem, Pennsylvania.