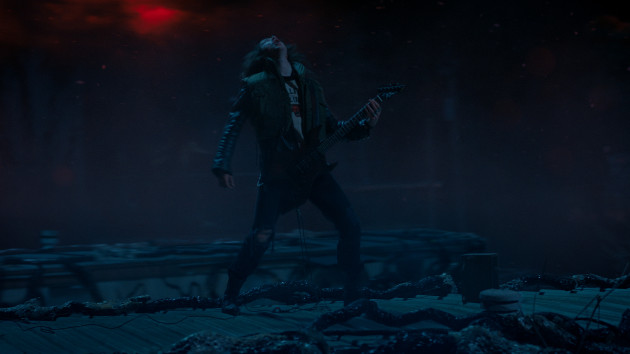 The metal legends have teamed up with the Netflix sci-fi show to create a new line of apparel featuring the logo of the Hellfire Club, the Dungeons and Dragons group led by everyone’s favorite metalhead, Eddie Munson.

The merch collab, of course, follows the placement of Metallica’s “Master of Puppets” in the Stranger Things season four finale, which has led to a renewed interest in the 1986 song. Following the finale’s premiere in July, “Master of Puppets” made its first-ever appearance on the Billboard Hot 100.

You can order your own Metallica Hellfire Club shirt now via Metallica.com or Netflix.shop.

Metallica previously rocked Hellfire Club shirts in a TikTok of them jamming “Master of Puppets” alongside the scene where Eddie shreds the thrash classic in the Upside Down. The “Enter Sandman” outfit later met actor Joseph Quinn, who plays Eddie, backstage at last week’s Lollapalooza.