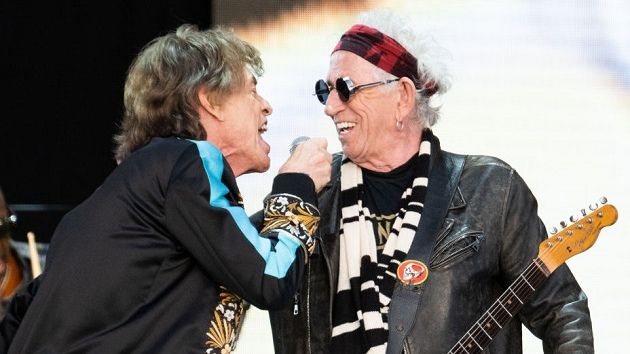 The Rolling Stones wrap up their 2022 SIXTY tour tonight with a concert at the Waldbühne theater in Berlin. In a recent interview with Apple Music’s Matt Wilkinson, guitarist Keith Richards reports that after the trek, he expects to continue working on Stones songs with Mick Jagger.

Richards told Wilkinson that he and Jagger had previously spent some time in Jamaica’s Blue Mountains together and collaborated on new material, noting, “I guess when this tour’s finished, [we’ll] give it a break for a bit, but then I imagine that we’ll pick up where we left off in Jamaica.”

He added, “There’s some good stuff there. It was fun.”

Reflecting on his writing sessions with Mick, Keith said, “We played it like hermits, we didn’t go out, we just worked, but we’ll pick up on that I guess a little later in the year.”

As for how The Stones might approach releasing their new music, Richards said, “I couldn’t say what form things are going to come out. I hope that we’ll have recorded some stuff by the end of the year. And then, I mean, what do we do, stream it? I don’t know. Anyway, I just make records and then we figure out how they come out, right? That’s what I do.”

The Stones’ SIXTY tour, which celebrates the band’s 60th birthday, kicked off June 1 in Madrid and has visited 14 European cities. One of the originally scheduled shows, a June 17 date in Bern, Switzerland, was canceled after Jagger tested positive for COVID-19 early in the trek.