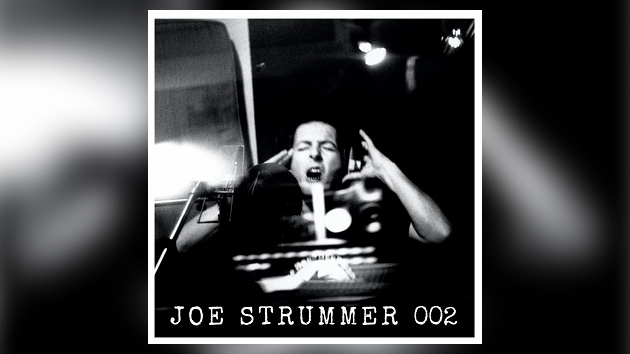 Late Clash frontman Joe Strummer would have celebrated his 70th birthday this August 21, and to mark the milestone, a box set collecting all of his work with post-Clash band The Mescaleros will be released on September 16.

Vibes Compass includes some of Strummer’s first demos for The Mescaleros, outtakes of Joe’s last recordings with the group and a song called “Ocean of Dreams” that features Sex Pistols guitarist Steve Jones.

The collection, which can be preordered now, will be available as a four-CD set, a seven-LP vinyl package and digitally.

The physical versions of the box set come with a book featuring new interviews with Strummer’s friends, collaborators and Mescaleros bandmates plus unseen handwritten notes, lyrics and drawings from Joe’s archives.

A demo version of the 1999 Mescaleros song “The Road to Rock ‘n’ Roll,” which appears on Vibes Compass, has been released as an advanced digital track. Its video, which features animated versions of Joe’s drawings, has premiered on YouTube.

“There’s so much great music that Joe left us in his archive,” says Tait. “[The] songs he made with [The Mescaleros] just seemed to resonate so strongly and reinvigorated his connection with his audience at a level he hadn’t experienced since his days with The Clash.”