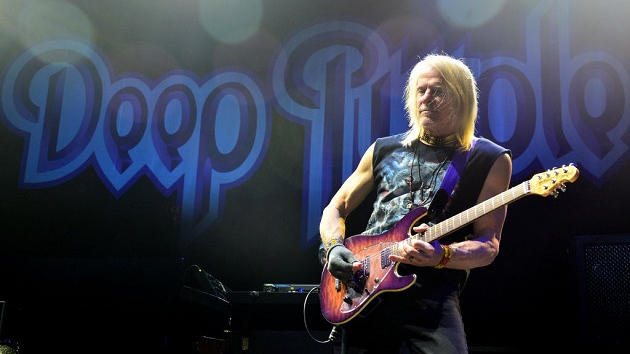 Longtime Deep Purple guitarist Steve Morse is officially leaving the band after announcing in March that he was taking a temporary hiatus from the Rock & Roll Hall of Famers to be with his wife, Janine, as she battles cancer.

In a new message from Deep Purple, the group explains, “Steve Morse will be stepping back from the band, having been its guitarist for more than a quarter of a century. Steve’s personal circumstances have made it impossible for him to commit to the band’s schedule throughout 2022 and beyond.”

Deep Purple adds, “Steve will be greatly missed by band, crew, management, record label and all those that had the pleasure of working with him over the years.”

Morse joined Deep Purple in 1994, and played on eight studio album by the band, while co-writing nearly every original song that appeared on those records.

In his own statement, Morse explains about his decision to leave the band, “[My wife and I] are learning to accept stage 4 aggressive cancer and chemo treatment for the rest of her life. We both miss being at shows, but I simply couldn’t commit to long, or far away tours, since things can change quickly at home.”

He adds, “I wish to thank the listeners who so strongly supported live music and turned every show from a dress rehearsal to a thundering, exciting experience. I’ll miss everybody in the band and crew but being Janine’s helper and advocate has made a real difference at many key points.”

Deep Purple currently are on tour in Europe with Morse’s replacement, Simon McBride.