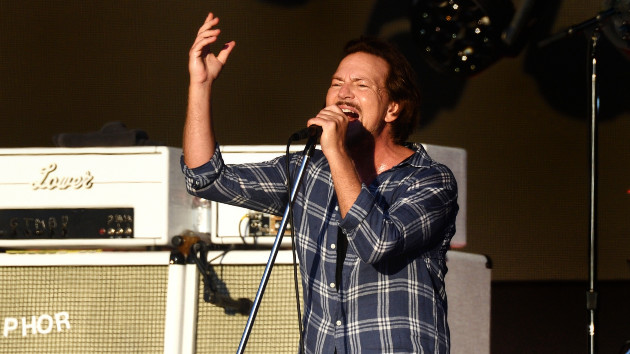 Pearl Jam has canceled a second show on the band’s ongoing European tour due to issues with Eddie Vedder‘s vocals.

As previously reported, Vedder’s throat was “damaged” during PJ’s performance at Lollapalooza Paris, where they were exposed to “extreme” weather conditions caused by the historic heat wave in Europe. As a result, Pearl Jam scrapped their Wednesday show in Vienna, Austria.

On Thursday, the group announced that they’ve also pulled out of Friday’s scheduled performance in Prague, Czech Republic.

“[Vedder] has seen a doctor in Prague and is continuing the treatments for his vocal cords, but unfortunately, there is still no voice available,” a statement from the band reads. “The effects on his throat from the last outdoor show are still just too brutal.”

“We again send our sincere apologies to all of those who have worked intensely to put on the show,” the statement continues. “Even bigger apologies to those that were expecting to attend. We’ve always had memorable shows [in Prague] and are with you in our extreme disappointment.”

As Pearl Jam had already made up merch for the show, they’ll be selling it outside the venue; Proceeds will go toward relief for Ukraine amid Russia’s ongoing invasion.