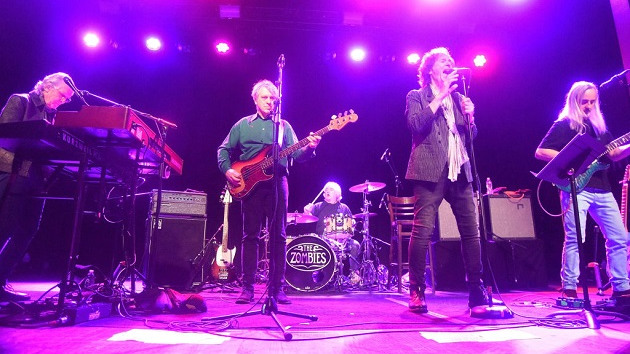 The Zombies will be playing a sold-out show tonight at the intimate Pappy & Harriet’s Pioneertown Palace venue in Pioneertown, California, but if you can’t make it to the concert in person, the event will be streamed live via the Veeps.com platform.

Tickets for the virtual event are available now for $17.99 and will give on-demand access to the concert for 72 hours after the live performance takes place. The show starts at 11 p.m. ET/8 p.m. PT. Opening for the British Invasion legends will be veteran U.S. alternative rock band Rooney.

In a recent interview with DesertLocalNews.com, Zombies lead singer Colin Blunstone discussed getting the chance to play at Pappy & Harriet’s, which hosted a concert by Paul McCartney in 2016. “I have heard of the reputation of this place and how unusual it is. I’m very much looking forward to going there,” he said.

According to Blunstone, The Zombies have “completely finished” recording their next studio album, a follow-up to 2015’s Still Got That Hunger.

“I don’t have a release date and I don’t even have a title,” he said about the upcoming record.

The Zombies will wind down the North American summer leg of their Life Is a Merry-Go-Round Tour with a three-night stand, July 28-30, in Park City, Utah.

The band also has a series of Europe shows scheduled from early September to early October, followed by a U.K. leg that will take place in April and May of 2023.