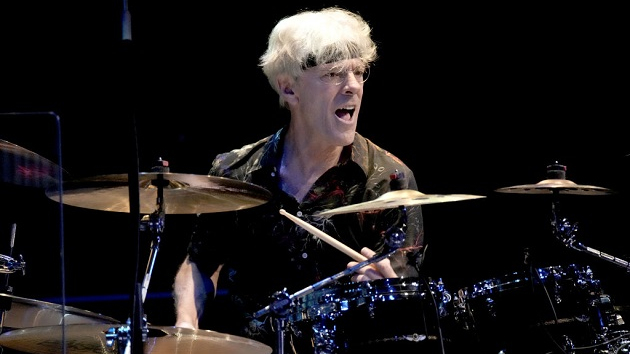 Stewart Copeland, the arrestingly kinetic drummer of The Police, celebrates his 70th birthday this Saturday, July 16.

Born in Alexandria, Virginia, Copeland grew up in Beirut, Lebanon, where his CIA agent father was stationed. He later moved to England, and in 1974 he became the drummer of the prog-rock band Curved Air.

After Curved Air broke up in 1976, Copeland formed The Police the following year with singer/bassist Gordon Sumner, a.k.a. Sting, and guitarist Henry Padovani. Guitarist Andy Summers joined as a fourth member later in ’77, and Padovani exited the group soon after.

Offering up a captivating mix of punk, reggae, pop, rock, jazz and world music influences, The Police soon became one of the most popular bands on the planet.

While Sting was the group’s main songwriter, Copeland wrote or co-wrote at least one song on every Police album. His most significant contributions came on 1979’s Regatta de Blanc, which featured six tracks that he wrote or co-wrote.

While with The Police, Copeland released some solo singles and an album under the pseudonym Klark Kent. In 1982, he composed the soundtrack to the Francis Ford Coppola-directed film Rumble Fish.

After The Police broke up in 1986, Copeland worked on many film soundtracks, including Talk Radio and Wall Street.

In 2003, Copeland was inducted into the Rock & Roll Hall of Fame as a member of The Police. In 2007-2008, the band reunited for a massively successful world tour.