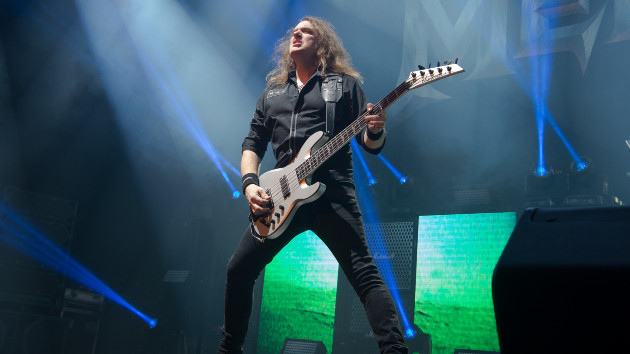 The track is titled “In the Hall of the Hanging Serpents” and is streaming alongside a video now on YouTube.

“The three of us have all been recognized in our respective bands and careers but at some point, we had to close the door on those exploits to let something new begin and now we have found it in Dieth,” Ellefson says. “In fact, the name itself is about dying to one’s past so that something new can spring forth to create the next chapter of life. And, that is a connection the three of us hold in common.”

Ellefson was let go from Megadeth in 2021 after a sexually explicit video of him leaked online. He was replaced by Testament bassist Steve Di Giorgio on Megadeth’s upcoming new album The Sick, the Dying…and the Dead!, while returning Megadeth member James LoMenzo has become the band’s new official bassist.

Along with Dieth, Ellefson’s post-Megadeth projects include the band The Lucid, which launched last September.