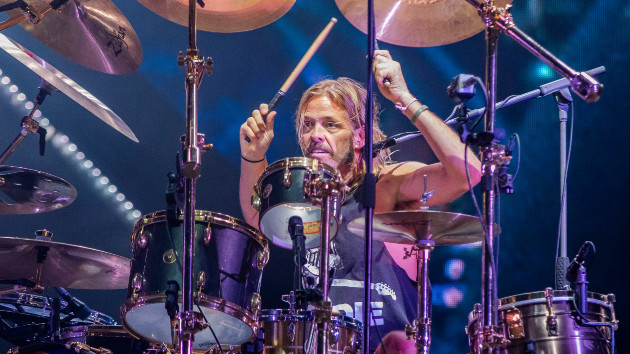 Here’s what’s been happening lately in the world of live rock music:

Shane Hawkins, the son of late Foo Fighters drummer Taylor Hawkins, paid tribute to his father with a cover of the Foos classic “My Hero.” Shane joined the band The Alive to play drums on a live rendition of the song during a July 4 neighborhood party in Laguna Beach, California.

If The Alive sounds familiar to you, that may be because the band’s usual drummer, teenager Kai Neukermans, made headlines when he filled in for Matt Cameron during a Pearl Jam show.

You can watch footage of the “My Hero” performance via TikTok.

Meanwhile, Pearl Jam jammed with The Smiths guitarist Johnny Marr on Saturday during the grunge band’s show in London. Marr joined PJ for covers of Neil Young‘s “Throw Your Hatred Down” and The Who‘s “Baba O’Riley.”

Pearl Jam also played in London on Friday and were joined by tennis legend John McEnroe for a rendition of Young’s “Rockin’ in the Free World,” as well as by Who touring member Simon Townshend — younger brother of founding Who guitarist Pete Townshend — for a version of Simon’s 1983 solo tune “I Am the Answer.”