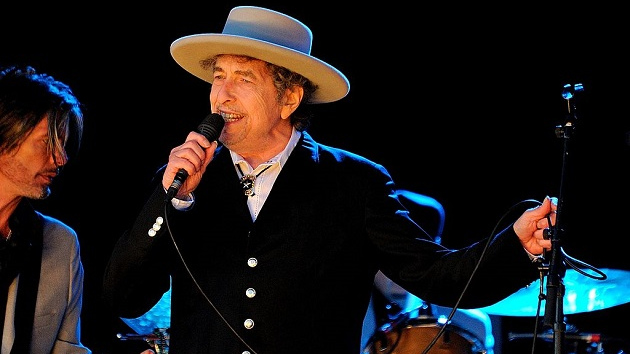 A high-def analog audio disc featuring a new version of Bob Dylan‘s classic folk song “Blowin’ in the Wind,” which Dylan recorded last year, sold Thursday at a Christie’s auction in London for about 1.5 million pounds, or almost $1.8 million.

The one-of-a-kind acetate disc, which had been estimated to sell for between $752,000 and $1.2 million, was auctioned as part of Christie’s “Exceptional Sale” event. The sale took place two days before the 60th anniversary of the recording of the original “Blowin’ in the Wind.”

The 10-inch aluminum disc, which resembles and can be played like a vinyl LP, comes packaged in a specially created wooden cabinet and boasts the etched signatures of Dylan, Burnett and mastering engineer Jeff Powell.

The new track was recorded in Los Angeles and Nashville, with Dylan accompanied by Burnett on electric guitar, Greg Leisz on mandolin, Stuart Duncan on violin, and both Dennis Crouch and Don Was on bass.

In a statement posted by Variety following the auction, Burnett says, “With Bob Dylan’s new version of ‘Blowin’ in the Wind,’ our first Ionic Original archival analogue disc, we have entered and aim to help develop a music space in the fine arts market. I trust and hope it will mean as much to whomever acquired it today…as it does to all of us who made it, and that they will consider it and care for it as a painting or any other singular work of art.”