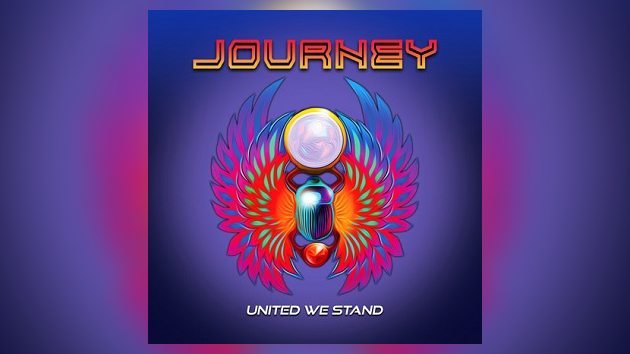 Journey‘s long-awaited new studio album, Freedom, arrives this Friday, but the band gave fans another taste of the record, releasing a song titled “United We Stand” on the Fourth of July.

In announcing the release of the track, Journey posted a message about the song on social media that reads, “More than ever, we need to take care of each other and look after one another. ‘United We Stand’ is a reminder that together we can make a difference.”

The soaring rock ballad, which is the fifth advance track Journey has debuted from Freedom, is available now via digital formats. You also can watch a visualizer video for the song on the group’s official YouTube channel.

The other four advance songs released from the 15-track collection are “The Way We Used to Be,” “You Got the Best of Me,” “Let It Rain” and “Don’t Give Up on Us.”

As previously reported, Freedom will be released on July 8 and can be preordered now.

Following its release, Journey will play four special symphonic concerts in Las Vegas — on July 15, 16, 22 and 23. The band also has several other concerts lined up around the U.S. this summer. Visit JourneyMusic.com for their full confirmed schedule.