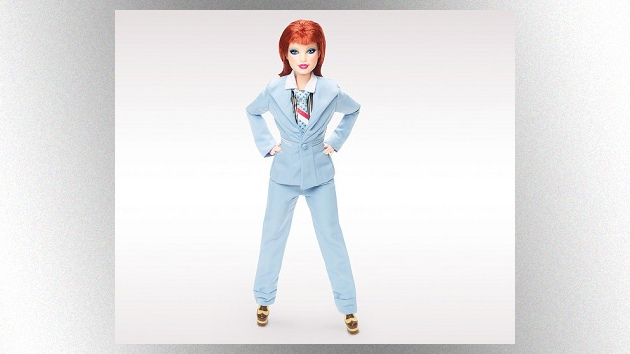 The new doll is the second Bowie-inspired Barbie released as part the Barbie Signature Collection, following the Ziggy Stardust-themed figurine that debuted in 2019.

The new Barbie features the doll dressed in an outfit replicating the one Bowie wore in the 1973 music video for the Hunky Dory single “Life on Mars?” — a powder-blue suit, black and silver striped shirt, a statement tie and platform shoes. The doll also boasts the same red shag hairstyle that Bowie sported in the video and throughout his glam-era heyday, as well as similar face makeup, including bold blue eyeshadow.

The David Bowie Barbie Doll 2 is priced at $50 and is available at MattelCreations.com, Amazon, Walmart and Target.