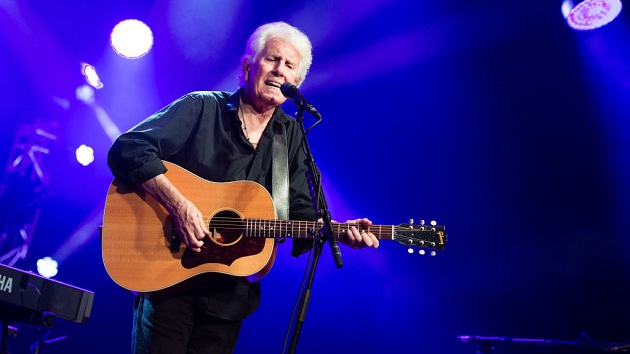 “I think I’m two songs from completing it,” Nash tells ABC Audio. “I’ve got 10. I want to add a couple more. I know what I’m gonna add. So it is almost done.”

Nash, who turned 80 in February, says “the most interesting thing” about the new album is that “it was done completely remotely.”

Explaining how the songs came together, Graham notes, “I have a small, tiny studio in my bathroom in Manhattan. I would put down a song on an acoustic guitar and a vocal track. I would send [the tracks] to [guitarist] Shane [Fontayne] in California. He’d put on the bass, his guitars and a harmony vocal. He would then send all those files to [keyboardist] Todd Caldwell in Brooklyn…who would put on all the keyboards and a harmony vocal. He would then send them…to his brother, [drummer] Toby [Caldwell,] in Lubbock, Texas, who would then put on all the drums.”

Nash adds that the audio files would then be sent back to him and Todd, who is producing the album, and Caldwell “would then make a thing of it.”

Graham reports that the new album is being mixed by Kevin Killen, who also mixed his recent concert album, Graham Nash: Live — Songs for Beginners/Wild Tales.

Meanwhile, Graham is preparing to launch a new U.S. summer tour on July 13 in Red Bank, New Jersey, and he says he plans to include some of the new material in his sets. The trek, which will visit various venue in the Northeast, is mapped out through an August 8 concert in Ocean City, New Jersey.