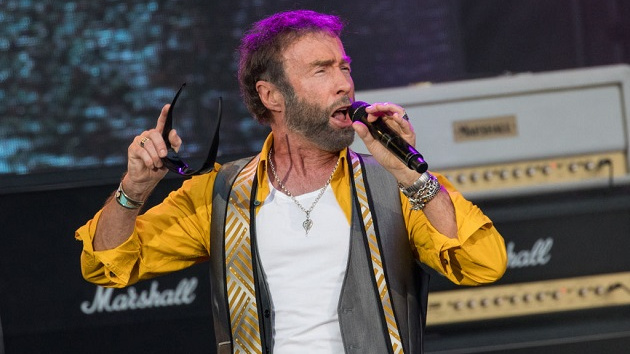 A music video for the melancholy tune, which T Bear was inspired to write while watching footage of Russia’s invasion of Ukraine, has premiered on the Quarto Valley Records’ official YouTube channel.

The clip features live performance footage, along with images of Ukraine, a brief cameo by Rodgers, and scenes of T Bear singing on a beach dressed in blue and yellow, the colors of the Ukrainian flag.

Money raised from the song and video will be donated to the Ukrainian Red Cross’ humanitarian relief efforts.

“I watched as the missiles and bombs rained down upon the civilians; people trying to flee the death and destruction,” explains T Bear. “I walked over to my piano and in less than 30 minutes I had the idea of ‘Red Harvest.'”

All of the artists who participated in the recording did so free of charge.

“T Bear was truly inspired when he wrote ‘Red Harvest,'” Rodgers says. “I think we are all shocked at what is happening in Ukraine. Such a feeling of helplessness. We all do what we can.”

T Bear has posted a video on his Facebook page in which he reveals he’s working on a new studio album he expects to release in January.

During his career, T Bear has recorded with many well-known artists, including Crosby, Stills & Nash, The Blues Brothers, Billy Squier and Cher, as well as for KISS members Gene Simmons‘ and Peter Criss‘ solo projects.