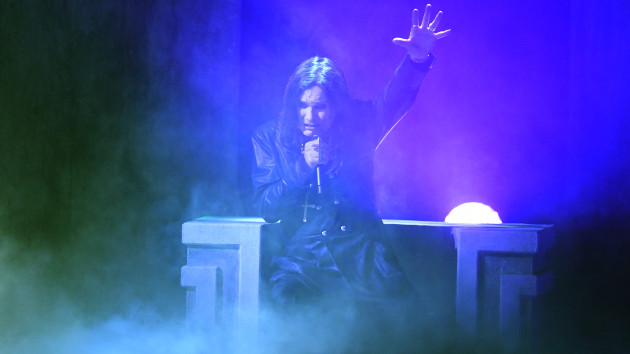 All aboard! New Ozzy Osbourne music is dropping this week.

The latest solo offering from the Prince of Darkness is a song called “Patient Number 9” and is scheduled to arrive this Friday, June 24. The song is set to feature guitar icon Jeff Beck.

You can check out a teaser video for the single via Ozzy’s Twitter. The post tags famed comic book artist Todd McFarlane, suggesting he might be involved in the track’s video.

Beck is one of many reported guests to be featured on Ozzy’s next solo album, the follow-up to 2020’s Ordinary Man. Others said to be appearing on the record include Black Sabbath‘s Tony Iommi, Red Hot Chili Peppers drummer Chad Smith, Eric Clapton, Pearl Jam‘s Mike McCready, Black Label Society‘s Zakk Wylde and Metallica‘s Robert Trujillo.

As exciting as it is for fans to hear new Ozzy music, it’s probably even more so for the man himself, who’s been battling a host of medical issues over the past few months. In addition to testing positive for COVID-19 in April, the 73-year-old rocker underwent surgery just last week, which his wife Sharon said would “determine the rest of his life.”

In a statement following the procedure, Ozzy shared that he was “home from the hospital recuperating comfortably.”

“I am definitely feeling the love and support from all my fans and send everyone a big thank you for their thoughts, prayers and well wishes during my recovery,” he said.