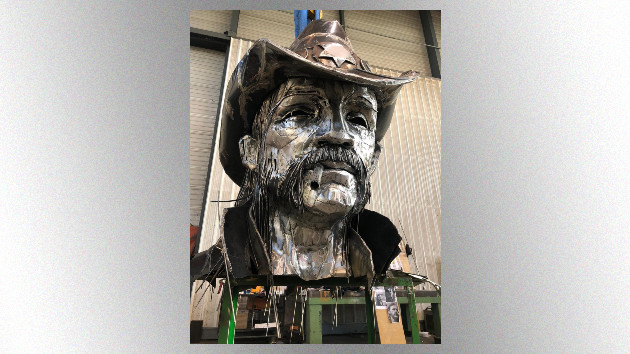 Attendees of France’s Hellfest this past weekend were greeted by a new statue of the late Motörhead frontman, Lemmy Kilmister.

The giant, silver monument, which has a portion of Lemmy’s ashes enshrined in it, will be officially memorialized during a ceremony taking place at Hellfest on June 23.

Following a headlining set by Scorpions, Motörhead members Phil Campbell and Mikkey Dee, who also plays drums in Scorpions, will take the stage to deliver a speech and a toast to Lemmy. A video tribute will also be shown.

Lemmy died December 2015 at age 70. He and Motörhead played Hellfest four times throughout his life, including its inaugural edition in 2006.