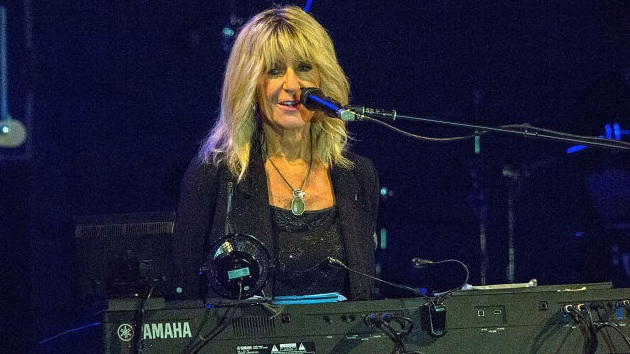 As Christine McVie prepares to release her first solo compilation, Songbird (A Solo Collection), on June 24, the Fleetwood Mac singer/keyboardist has shared some potentially disappointing news regarding her famous band with Rolling Stone.

Fleetwood Mac finished its most recent tour in 2019, with a lineup that featured Crowded House‘s Neil Finn and Tom Petty & the Heartbreakers guitarist Mike Campbell stepping in for Lindsey Buckingham after Buckingham’s much publicized firing from the group in 2018.

Christine tells the magazine, “Those guys were great. We have a great time with them, but we’ve kind of broke up now, so I hardly ever see them.”

Christine adds that Fleetwood Mac no longer exists “as we know it.” Regarding the band’s future, she says, “We might get back together, but I just couldn’t say for sure.”

Christine, who is 78, also notes that she isn’t sure if she wants to tour again.

“I don’t feel physically up for it,” she maintains. “I’m in quite bad health. I’ve got a chronic back problem, which debilitates me. I stand up to play the piano, so I don’t know if I could actually physically do it.”

In addition, Christine says that her ex-husband, Fleetwood Mac bassist John McVie, also has “health issues” and isn’t sure if he wants to tour anymore. “You’d have to ask him,” she adds.

If Fleetwood Mac does decide to hit the road again, Christine says she’d like to have Buckingham back in the band.

“He’s the best,” Christine says. “Neil and Mike were such a cheerful couple, but Lindsey was missed.”

Although she says she’s “quite happy to be at home,” Christine won’t completely rule out another Fleetwood Mac tour.

“I’ll just leave it open and say that we might,” she notes.

You can preorder Songbird now.