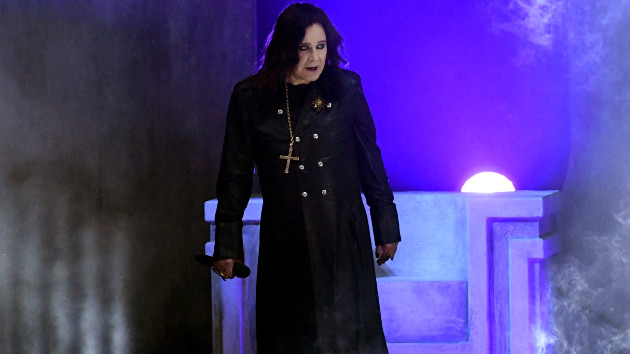 Ozzy Osbourne is “doing well” and “on the road to recovery” after undergoing surgery Monday.

That’s according to the metal legend’s wife, Sharon, who shared an update on her husband’s condition in a tweet Tuesday afternoon.

“Our family would like to express so much gratitude for the overwhelming amount of love and support leading up to Ozzy’s surgery!” Sharon wrote. “Your love means the world to him.”

Last week, Sharon revealed during an episode of her U.K. talk show The Talk that Ozzy was set to have a “very major operation.” She added that procedure was going to “really gonna determine the rest of [Ozzy’s] life.”

Sharon didn’t speak on the exact nature of the operation, but Ozzy, 73, told Classic Rock magazine in an interview published in May that he was “waiting on some more surgery” on his neck. Ozzy suffered a fall in 2019, which aggravated injuries he sustained in a 2003 ATV accident.

Beyond that, Ozzy has been battling a number of health issues over the past few years. Prior to the 2019 fall, he’d been hospitalized with a bad case of pneumonia, and in early 2020, he revealed he’d been diagnosed with Parkinson’s disease.

In April of this year, Ozzy tested positive for COVID-19.