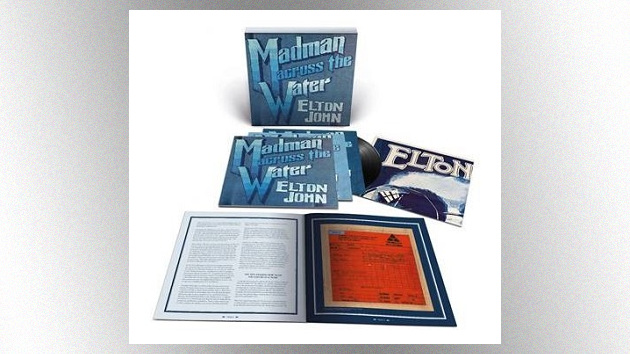 The collection is available now as a super deluxe box set featuring three CDs and a Blu-ray disc, a four-LP colored-vinyl package, a two-CD set and digitally.

However, “Tiny Dancer” has gone on to become one of Elton’s most popular and recognized songs.

Madman Across the Water also includes as the fan-favorite title track and “Indian Sunset,” which was later sampled on the Eminem-produced Tupac Shakur track “Ghetto Gospel.” That song topped the British charts for three weeks in 2005.

Among the goodies on the super deluxe version are demos, rarities, single edits, a live radio recording, two British TV performances and a 104-page book that offers photos, artwork, interviews and memorabilia.

To promote the expanded reissue, an animated lyric video for a previously unheard piano demo of “Tiny Dancer,” which is among the collection’s bonus tracks, has been posted at Elton’s official YouTube channel.

Here’s the track listing for the Madman Across the Water super deluxe version: