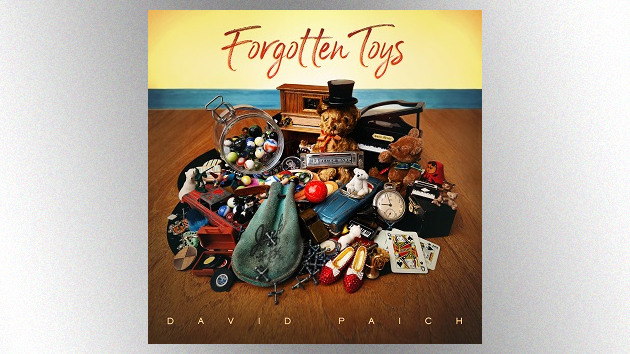 In advance of the record, Paich has released one of the tracks, the soaring, enigmatic “Spirit of the Moonrise,” as a digital single. He’s also debuted a lyric video for the song at Toto’s YouTube channel.

Paich co-wrote “Spirit of the Moonrise” with Williams, who also contributes backing vocals to the track, along with McDonald. The song also features lead guitar from Lukather.

“This is a recurring dream about a distraught girl, riding neath the moonlight,” Paich says about the tune. “It has perplexed me over many a night.”

Forgotten Toys came together when Paich — who has written or co-written many of Toto’s biggest hits — decided to flesh out various songs ideas he’d held onto for many years.

“It seemed like it was time to put something together,” Paich says. “Some of these really are forgotten toys. It had been a while since I’ve been in my studio and I found myself listening to these little pieces continuously. I kept rediscovering them, hoping to fit the tracks together like a musical puzzle.”

Paich, who recently retired from full-time touring, still joins Toto at select shows. He tells ABC Audio that he’ll play at least one concert with the group during its upcoming European summer trek, which kicks off July 11 in Tilburg, Netherlands.