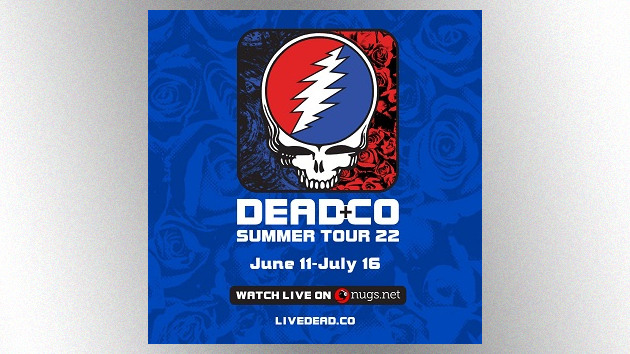 Grateful Dead spinoff group Dead & Company will make available livestreams of all 20 shows on their 2022 U.S. summer tour at the nugs.net concert-streaming service.

The trek kicks off this Saturday, June 11, at Dodger Stadium in Los Angeles and runs through a July 15-16 stand at Citi Field in New York City. The tour also features several other two-show engagements — on June 13-14 in Mountain View, California; June 17-18 in Boulder, Colorado; and June 24-25 at Chicago’s Wrigley Field.

Streams of the concerts will be available in HD and 4K formats, priced at $29.99 and $44.99, respectively, per show. Those who subscribe to nugs.net will get a 15% discount on single-show purchases. Also available is the Summer 2022 Unlimited Devotion Pass, which gives fans access to livestreams of all 20 concerts. The shows can be watched live or on demand and will be available for replay viewing for 48 hours.

The livestreams can be watched on Apple and Android devices, or desktop browsers, and viewers will be able to interact with each other in nugs.net’s metaverse venue.

As previously reported, during the new trek Dead & Company will continue its sustainability partnership with the nonprofit organization REVERB. The band has committed to a comprehensive carbon offset program while also encouraging fans to take action to help the environment via the organization’s Music Climate Revolution campaign.

For more info on the tour and the livestreams, visit DeadandCompany.com and nugs.net.